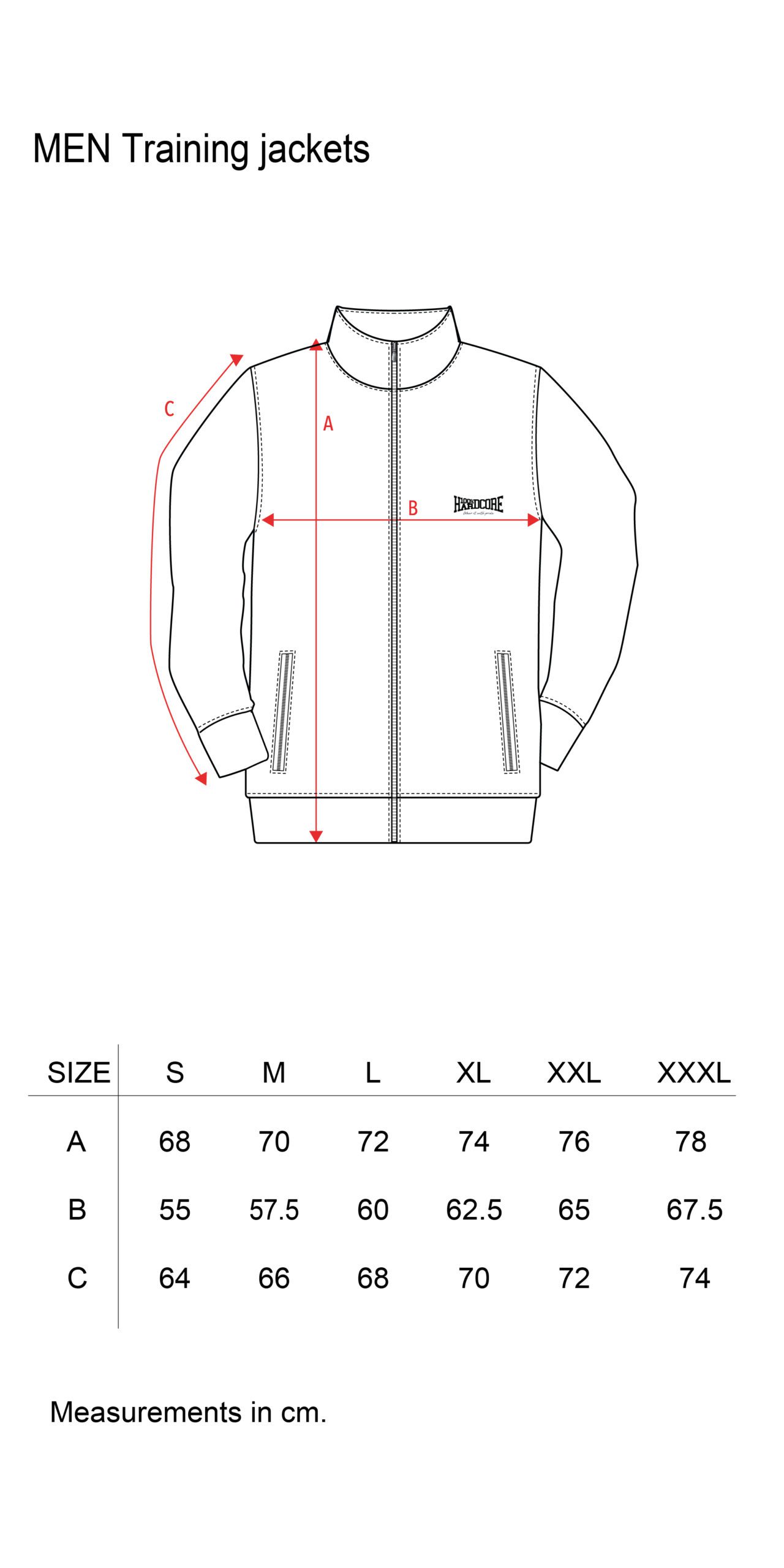 NOISEKICK – TERROR training jacket
– we are proud to present this jacket in coörporation with our friend DJ NOISEKICK
– Full embroidery logo’s on the chest and back
– 2 pockets with zippers
– Good to combine with our Terror Training Pants!
– Mainpuller in shape of a Terror skull
– Can be worn by men or women (unisex model)

Proudly designed in The Netherlands!

About NOISEKICK:  Faster than fast from Holland. Noisekick. Over twenty years of terror music, causing ceilings to crack. Every terror-lover has been jumping around to the Masters of Hardcore hit “Hij loopt Rondjes” (“He is walking in circles”) (2008). Noisekicks tracks have their own identifiable sound. Noisekick is also internationally supported by many fans during his performances in for instance Mexico, Russia, Australia, Germany, Belgium, England, Scotland, Switzerland, Italy, Spain, Austria and Poland. And of course in Holland, where he, on top of producing and performing, is in charge of the Hardcore, Terror and Frenchcore events “Frenchcore s’il vous plaît”, “Fucking Bastards” and “Noisekick’s Terrordrang” in Club Rodenburg – Beesd. The terrorvirus within him, makes that Noisekick cánt do different than creating booming kicks out of his brand new studio. Too many performances to name them all: Masters of Hardcore, Defqon.1, Dominator, Thunderdome, Hellraiser, Mysteryland, Decibel, Frenchcore s’il vous plaît, Nature One, Megarave, Hellbound, Nightmare Outdoor etc. Noisekick is the pseudonym of Rudmer Reitsma, born on the 17th of July 1981 in Deinum (Holland).